Bringing business to the transnational level in the context of the globalization of the economy is becoming an increasingly urgent task. At the same time, the war in Ukraine necessitated the relocation of many companies abroad. As a matter of priority, European jurisdictions are considered for business registration.

However, the European Union cannot be considered a homogeneous environment for entrepreneurship. Each country differs in its conditions for opening companies by non-residents, legislative regulation and taxation of business, as well as opportunities for obtaining a residence permit. To answer the question of where it is better to open a company in Europe, one should: firstly, analyze the features of jurisdictions; secondly, to compare these features with the needs of a particular business – somewhere it will be profitable to register an IT startup, and somewhere production.

Experts from the Lawrange law firm offer you an overview of the best EU countries for business. At the same time, we emphasize: in order to make the final choice and your investment was effective, it is worthwhile to have an individual consultation with us first. Our experience of more than 10 years helps us not to miss important details, and to offer clients flexible personal solutions.

Choosing a jurisdiction to open a company in Europe

When choosing a European jurisdiction for starting a business, it is advisable to use such a reliable source as prestigious business ratings.

To decide where it is more profitable to open a company in Europe, it is worth considering the data of the World Bank’s annual Doing Business rating – the Ease of Doing Business Index. To compile it, a number of surveys are conducted in 190 states and cities of the world. Each country is analyzed according to 10 criteria, including the process of registering a business, lending, taxation, protecting the rights of investors, and so on.

Forbes.com magazine’s “Best Countries for Business” ranking, which was last held in 2019, is led by the United Kingdom, Sweden, the Netherlands, Denmark and Switzerland. To compile the ranking, jurisdictions are evaluated on 11 indicators, including the development of technology and the level of corruption, tax law and freedom of entrepreneurial activity.

The Global Entrepreneurship Monitor is the world’s largest survey of entrepreneurial activity. In 2021/2022 entrepreneurs from 50 countries of the world took part in it. Among the European countries, the Netherlands and Finland took the lead. Also in fifth place is Latvia, sixth – Norway, eighth – Switzerland and tenth – Spain. This year, analysts in compiling this ranking largely based their assessments on government measures to encourage entrepreneurship, in particular, helping start-up businessmen during the coronavirus crisis, as well as supporting women entrepreneurs.

This figure like to mention the media. It is published annually by analysts at The Heritage Foundation (USA) and published in The Wall Street Journal. In terms of the level of economic independence of the country and the economic freedom of citizens among European countries, the rating was headed by Switzerland. Also in the top ten are Ireland, Luxembourg, Estonia, the Netherlands, Finland and Denmark. In 2022, analysts evaluated 177 states.

Note! In addition to the EU countries, when choosing a jurisdiction for starting a business, one should not discount the UK, since it is one of the strongest economies in the world. Thanks to the availability of venture capital, the country retains the status of an attractive platform for starting new business projects. Registering a company in England with the support of JSC Lawrange is a great opportunity to take advantage of the developed infrastructure for business and join the startup ecosystem of the country.

Advantages of opening a company in Europe

Even in the face of a slowdown in economic growth in the eurozone, due to the war in Ukraine, rising energy prices and inflation, European countries continue to be among the most attractive options for registering a business.

Consider the key advantages of the eurozone jurisdictions:

Today it is difficult, and sometimes even impossible, to win the favor of potential partners and customers if the company is registered in an offshore zone. At the same time, opening a company in the EU, you can immediately get an advantage for entering the international market – a “clean” reputation of the country of registration.

The legislation of the EU countries provides for the protection of capital and all assets of companies, including intellectual property. The law is mandatory observed, and changes in this are not expected due to the stability of the political and economic system in all EU states.

Each EU member creates its own business incentives, in particular, free economic zones, small and medium-sized business development programs, grants, low lending rates, a special taxation regime for companies that do not conduct business activities within the country, and so on. At the same time, the authorities support businesses in the event of various cataclysms, an example of this is payments to companies during the coronavirus crisis.

If the jurisdiction for business in Europe is chosen correctly, and the corporate structure is correctly created, then you will not have to suffer from large tax payments. And this is not about tax evasion, but about a competent approach to resolving the issue. In some cases, you can take advantage of the possibility of avoiding double taxation.

European banks are famous for their reliability and quality of service. However, the requirements of bankers to customers have recently become tougher. Opening an offshore bank account in Europe is becoming more and more difficult, almost impossible. Another thing is a company in the EU + an account for it in the EU (in the same country or in different ones). For example, with the support of JSC Lawrange, you can open a corporate account in Switzerland, the Czech Republic, Luxembourg or another country of your choice.

In some European countries, there are programs for obtaining a residence permit and citizenship for investment in the economy (and this is immigration for all family members). With a competent approach, if you organize a business with jobs in the country, then at least a business visa is provided to you.

Significant simplification of money transfers within business activities. In the SEPA zone (Single Euro Payments Area), there is no distinction between domestic and international payments in euros. Transactions are carried out literally instantly and in most cases without commission.

Registering a company in Europe is an effective step for entering international markets, gaining access to high standards of government business support, modern infrastructure and quality banking services. Determining where it is easier to open a company in Europe is a completely solvable task. The main thing is your attitude to start with your business in the EU.

How competitive is the business environment in Europe?

A useful material for analyzing the competitiveness of individual European countries in world markets is the Global Competitiveness Index. The ranking of countries is based on a global study initiated by the World Economic Forum. When compiling the rating, criteria such as macroeconomic stability, education and training, the level of technological development, infrastructure, and so on are analyzed.

Note! The TOP-10 according to this rating includes such European countries: Denmark, Switzerland, Sweden, the Netherlands, Finland and Norway. According to analysts who display the Global Competitiveness Index, these countries have a more competitive business environment than even the United States (by the way, the United States is in 10th place in the ranking).

Which country in Europe has low business taxes?

When choosing a jurisdiction for business registration, one should distinguish between the concepts of “low tax rate” and “favorable taxation”. There are many other tax incentives and preferences besides the tax rate itself. We are talking about benefits for international companies / non-resident companies, preferences for certain organizational forms of business (for example, partnerships), the use of agreements to avoid double taxation, and so on. It is also important to understand on the basis of what criteria such a status as “tax resident” is determined in a particular country.

Note! When analyzing jurisdictions, one should take into account: a) the amount of corporate tax, the maximum income tax rate and the base VAT rate; b) the ratio of tax rates in the homeland and in the chosen jurisdiction (it is desirable, but not necessary, that the tax be lower than at home).

In particular, among EU countries have the lowest corporate tax rate in Hungary, Bulgaria, Cyprus, Ireland and Lithuania. But in terms of tax incentives, it is worth taking a closer look at countries such as Portugal, Cyprus and Malta. For each country, we offer a business registration support service.

The most popular business cities in Europe

When choosing where it is better to open a company in Europe, you should decide not only on the country, but also on the city where the main office will be located and / or the main activity will be carried out. For example, you can take into account the prestigious rating of business centers in Europe – European Cities Monitor, which is compiled on the basis of ratings and information from 500 large companies in Europe. The rating takes into account the quality of life, the cost of renting office space, the level of qualification of personnel, and so on.

Note! The TOP-10 according to this rating includes such European cities as Paris, Amsterdam, Berlin, Frankfurt, Copenhagen, Munich and so on.

At the same time, do not forget about London (the capital of a country that is no longer part of the EU). London is considered one of the best cities in the world to start a tech business. Barcelona, ​​a growing international investment hub, deserves attention, as well as Lisbon, a city that attracts start-ups, offers accelerators and modern coworking spaces.

What is required to open a company in Europe?

If you are interested in how to open a company in Europe, we are ready to tell you about it at an individual consultation. To begin with, there are a few things to think about:

Although the EU countries have a harmonized legal framework, national business regulations differ quite significantly. These rules must first be studied and then observed.

There is no universal solution to the problem of where it is better or cheaper to open a company in Europe. For each specific business, you should consider your options. Future plans are also important, in particular, whether the entrepreneur plans to obtain a residence permit in the European Union. Welcome to Lawrange SA – let’s discuss your business prospects in Europe! 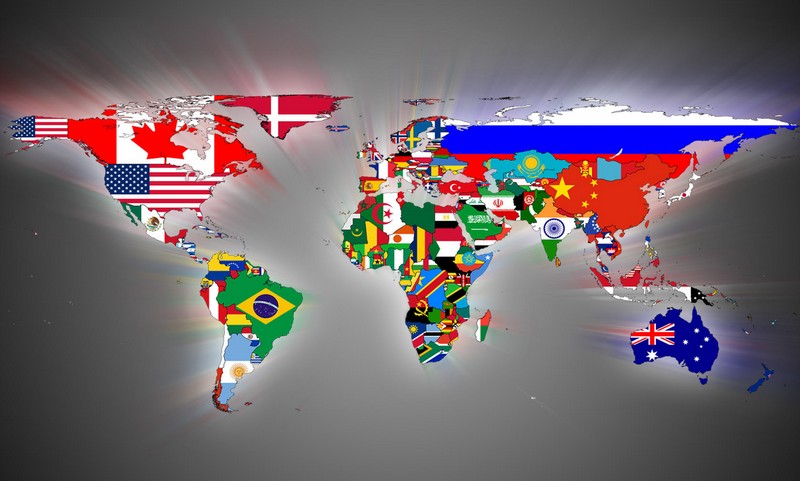 In which country to open a company?
Read also